Moraine Lake under snow - a once in a lifetime experience. Seriously.
October 5, 2018 / Tim Shields 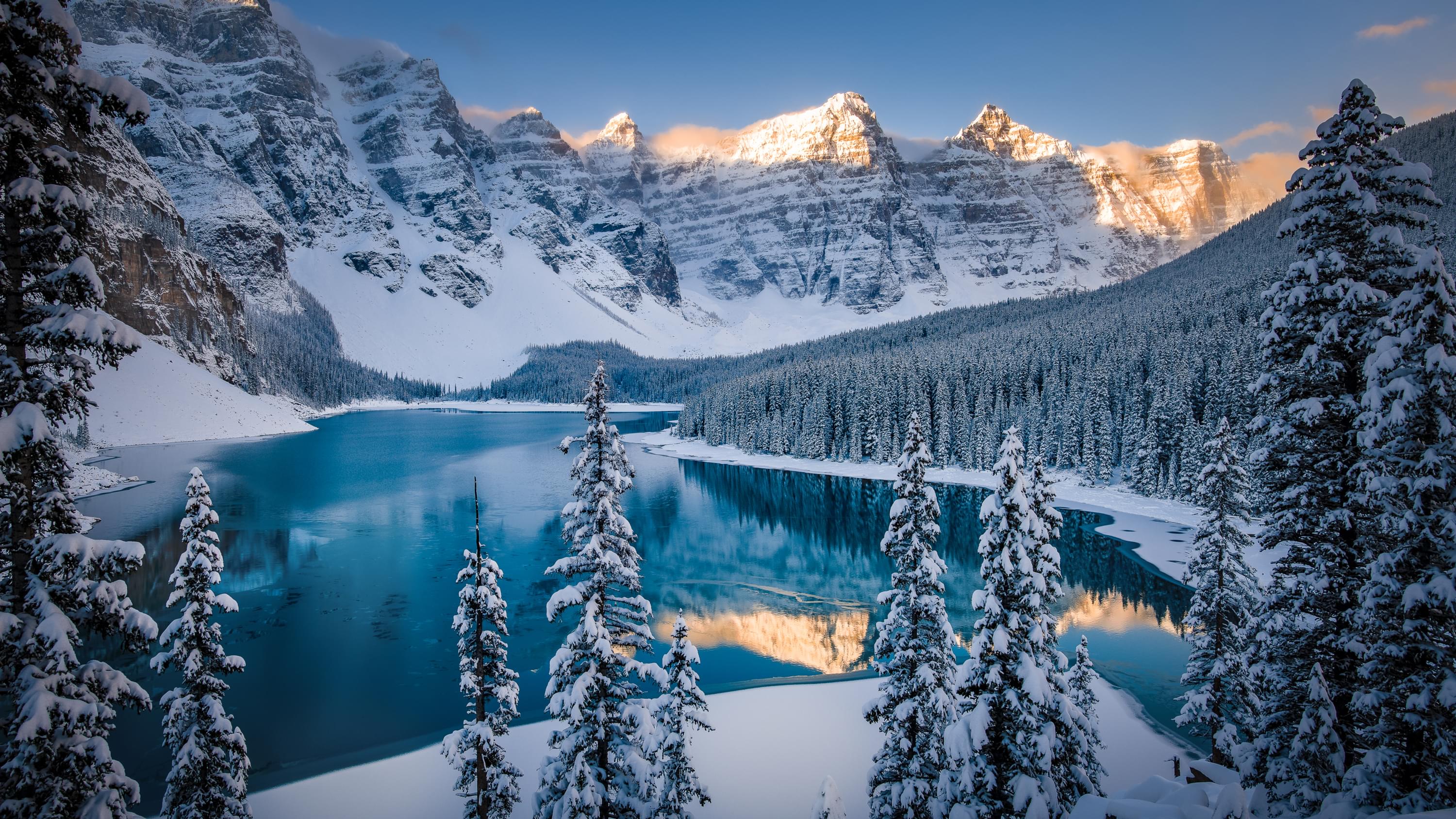 On Monday of this week I saw a weather report for the Rocky Mountains. It said there would be a heavy snowfall of up to 12 inches of snow. This made me sit up, but what really got my attention was that the snow would fall all day Tuesday and by Wednesday morning the sky would be clear. Wow. This was the opportunity I have been waiting for.


It is extremely rare to have four things fall into place at the same time.
1. Moraine Lake Road, which closes on October 10th every year, was still open,
2. The lake had not yet frozen over which makes for amazing reflections,
3. There would be a fresh blanket of snow, and
4. The sky would be clear the day after the snowfall.
Watch the video!
As a landscape photographer this is not an opportunity you can miss out on. With all of this happening at the same time I put my life on hold and focused on getting to Moraine Lake the next day. I loaded up my truck and camper and together with my son Andrew, we set off at 6:00AM the next day. We drove for 11.5 hours and encountered heavy falling snow and poor driving conditions before we arrived at the townsite of Lake Louise after dark. We were greeted by flag people who informed us the road to Moraine Lake had been closed one hour previously as a result of the heavy snowfall. They didn't know if the road would be re-opened.
My heart sank. Was all this effort for nothing? We talked the situation over and decided that we absolutely had to get to the lake the next morning, so we resolved to hike the 11 kilometer road beginning early the next morning.
At 5:00AM sharp we arrived at the now gated entrance to Moraine Lake Road. There was a guy sitting in a truck guarding the roadblock, so I had a lengthy conversation with him to find out if the road would be opened. I told him how far we had come, why we were there, and that we were going to hike in if the road was to remain closed.
He said that it was unlikely the road would be reopened, and he took a long look at my four wheel drive truck, the aggressive tread on the tires, and asked me about my winter driving experience. This made me get my hopes up. Sure enough, he let us in.
Andrew and I spent the entire day at the lake shooting photos and video. Normally there would be two thousand people visiting the lake, but this day we were completely alone. It was nothing short of miraculous. As the sun rose and cast soft morning light on the snow covered peaks, I literally yelled with joy about how amazing the moment was. It was truly once in a lifetime and this scenario could never happen again.
It was a day I will never forget.
Photo above is an HDR assembled in Photoshop and processed in Lightroom.
FB Comments Will Be Here (placeholder)
Refund Policy
Privacy Policy
Terms of Service
Copyright 2019 Tim Shields Landscape Photography -  All rights reserved