I needed a landscape photo of a foggy forest on sunny day, where beams of sunlight were streaming through the trees and creating beautiful sun rays. The only problem was that it was summer and there was no fog to be had.


So I decided to rent a fog machine and see if we could make enough fog to simulate real fog. For this task I enlisted the help of my friend Chris Collacott, and together we created a pretty cool image. Here is how we did it.
Step one: Rent a fog machine. To my surprise, fog machines are available for rent from construction supply rental companies. They are commonly used to test buildings for air leaks. The fog machine we rented was called the Battle Fogger, and it created a stunning amount of fog. It was perfect for the job. The fog machine came with a jug of glycerine fluid which is what actually makes the fog.
Step two: Rent a generator. To power the fog machine out in the forest we needed a generator and a long extension cord. But now things are starting to get heavy so I brought along a two wheeled dolly to haul all the gear deep into the woods.
Step three: Find a suitable location. I wanted tall straight trees that would make for great beams of light. I found a great location that had a mossy forest floor which was ever better. I didn't want a complicated foreground for this photo. The more simple the foreground, the better.
Step four: Get permission. I wanted to be sure we had permission to do what we wanted to do. The permission process was long and complicated. I will spare you the details, but suffice to say we got our permission in writing.
Step five: Bring a friend: This is the kind of thing you cannot do alone. Fortunately Chris is a landscape photographer and he has the patience for my crazy ideas.
Step six: The weather. The weather is everything. We needed a day where there was a clear sky so the sun rays would hit the fog, and also a day where it was not windy. Any small amount of wind would ruin the shoot because it would blow the fog away.
On the day of the shoot we set up our gear and found a location that gave us a good foreground. We started up the fog machine and walked around with it. The fog machine is much heavier than it looks and the extension cord kept getting caught on trees. It was a frustrating and tiring experience. The other challenge was that even though it was not windy, the fog was being blown from one side to the other very quickly. At some points we actually picked up our tripods and cameras and chased the fog as it moved.

Ultimately we got our photo. I shot a high definition panorama that I am pleased with. We had a fun day and this is definitely something I would consider doing again. 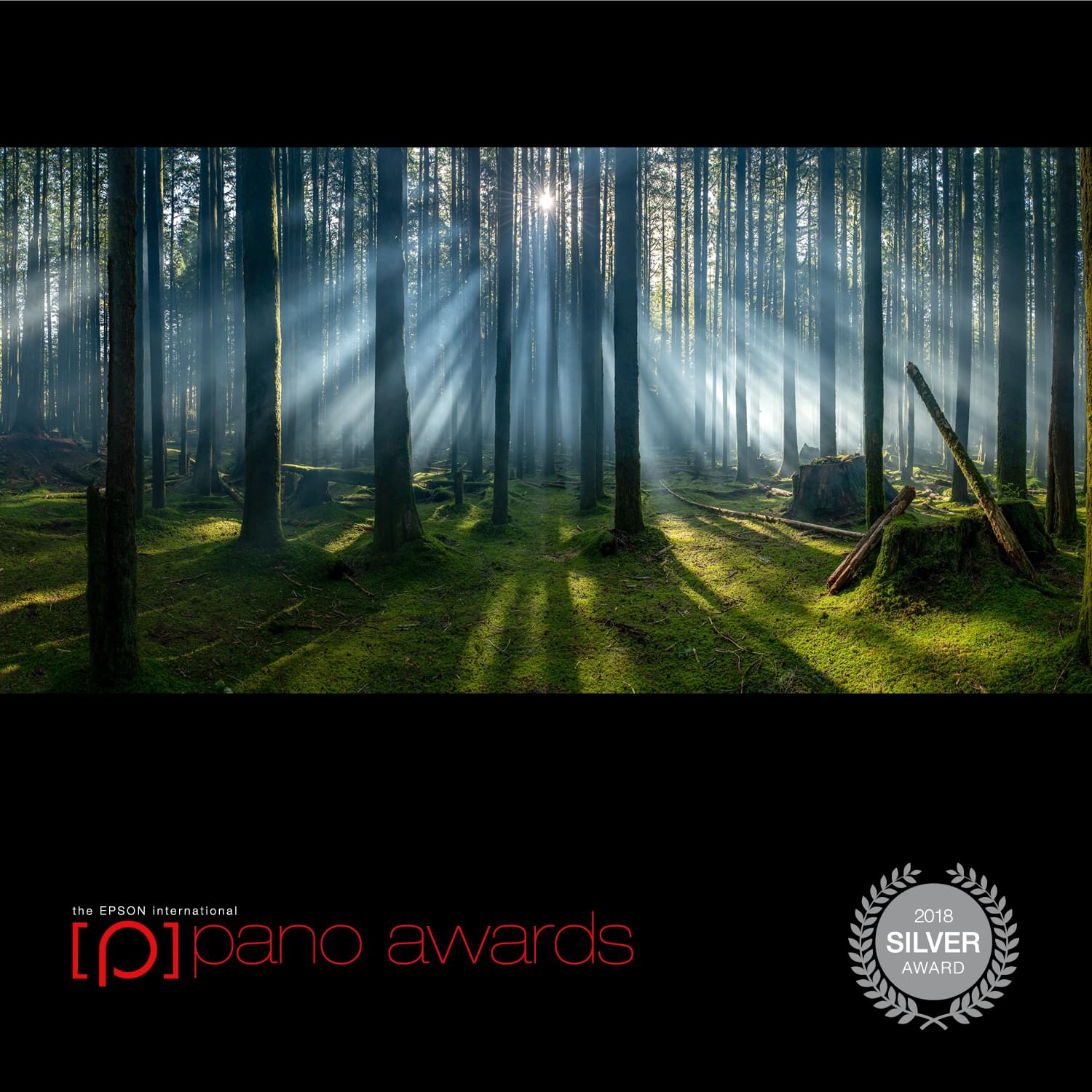 What made the day even more special is that I entered the photo into the Epson Pano Awards and the image won a silver award. Good fun!
I made a video of the experience. You can watch it by clicking on the top image, or click this link here: https://www.youtube.com/
FB Comments Will Be Here (placeholder)
Refund Policy
Privacy Policy
Terms of Service
Copyright 2019 Tim Shields Landscape Photography -  All rights reserved